Of all the goals that I’ve set upon myself to achieve in the immediate future, being able to migrate legally to another country while being able to take my brother along with me is by far, the most important one.

I’m not exaggerating when I say that it’s been the hardest puzzle in my life, the one that I’ve tried to solve for nearly two years now to no avail. Starting a new life away from the Venezuelan disaster was a goal my mother had—fate alas, had other things destined for her, and fighting against the Leiomyosarcoma that took her life became the priority.

She was well underway on her paperwork, easy peasy for a doctor of her caliber (six medical specialties and a 26-page resume), but then her cancer worsened, and well, you know what happened.

I made a promise to my mother on her deathbed, that I would get my brother out of this country, and that he’d live a better life. Over the past two years it’s become increasingly harder and harder, to the point that now, 22 months since I made that promise, I find myself having exhausted every card in my hand.

Thus, I humbly request any form of guidance or information that can lead me to solve this. While over five million of my fellow citizens have already fled the country, many have not done it so through the proper legal means (hunger and despair are often the reasons, I don’t blame them). What I’ve always aimed to do is to do things right and within the international framework, migrating legally and through the proper paperwork and whatnot; yet, being able to take my brother with me while attaching him to say, a work visa request, has been the part I haven’t been able to solve.

Generally, most countries follow the same standard international rules when it comes to work visas: one can bring spouses or children (under 21). My brother is neither of them, and he’s already over 21, which is quite the consular conundrum.

While he’s under my care (given his mental condition), I am not his legal guardian or anything of the sorts. It was once suggested that to me that I should do a legal recourse here in Venezuela that grants me full legal power over him, but that would seriously cripple him for life in a legal sense, that was never my mother’s intention, and I should honor that—she wanted him to one day be able to spread his own wings, and that’s something I want for him in the future as well.

I do, however, have all of the medical documentation and evaluations that were done to him in the earlier years of the past decade, which my mother had meticulously archived. He suffers from Asperger Syndrome (the actual thing), and had a brain condition called Arnold Chiari, which prompted an urgent surgery to correct and save his life; thankfully, he recovered from it after a long process, and the seizures that plagued his life during his early years are now a thing of the past.

My brother has been cataloged as ‘dead weight’ by people I once considered very close to me and that no longer form part of my life. I’m pretty sure that he’s smarter than I’ll ever be, and there’s so much potential locked away in that mind of him, I just want him to be able to unleash it and one day, be able to do great things.

That much I owe my mother.

I’ve been advised to just weather the storm, and see what unfolds. After two years of that suggestion, the status quo perpetuated by our corrupt political caste remains unchanged, with no apparent end in sight. I am posting this on the same day of the Bolivarian Revolution’s 21st anniversary, that’s two thirds of my life lived through the same regime.

Myself? I’ve said it in the past and I have no shame in admitting so, I’m not the most studied nor the brightest; I certainly regret not furthering my studies when I was younger and when things were better around here. I simply seek the opportunity to work and build a household for my brother from the ground up. All I want is some sense of normalcy, to start a new life in peace, not needing to measure my words out of fear of getting 20 years in prison for “hate speech” (had already a close encounter on this), to refine and publish my upcoming novel series, help others, continue creating stuff, take care of my brother, and one day, sooner than later, pay forward all the help and kindness I’ve received in recent years.

I just want to grill, if you prefer meme terminology.

I am very aware and understand that immigration is a very heated and ‘controversial’ subject in several countries—and justifiably so; I’m also aware that Venezuelans are part of the worst migrant crisis in recent times, and that’s created lots of trouble in the region and beyond, some bad cases here and there.

At the same time, I’m fully aware that every country is sovereign in its handling of migration, as it should, and there are those who’ve said that “They’d just vote for the same thing here if we let them in”. While I can’t nor will ever speak for anyone else but my brother and myself in this matter, you can be rest assured that I will never advocate for the political ideology that put us in this situation in the first place, the one that deprived my mother of a fighting chance—the one that has driven me to wanting to flee.

One of the most complicated things for Venezuelans lately has been obtaining and renewing their passports, from obscene bribery to full blown corruption and grotesque bureaucracy. The whole thing is a nightmare—not to mention that their price has been astronomically jacked up recently and it must be paid through the regime’s scam cryptocurrency.

Now here’s the thing, for visa application purposes, it is common international law to not accept passports that have less than six months before their expiration date. This means that my options will be severely limited by October of 2020 if I don’t get another extension or renewal.

There are only a handful of countries that have agreed to recognize a Venezuelan congress decree that grants a tacit extension of 5 years to all Venezuelan passports—such as America and Canada.

A much appreciated gesture, given how absurdly nightmarish can obtaining a new passport be, but this doesn’t solve the main issue I face: the lack of travel/work/whatever visa to x or y country.

The list of countries that accept expired Venezuelan passports for the purposes of applying to a visa and entering their countries is very narrow, I’m talking about 5 or 6 max, some of which do not accept the entrance of expired passports, but to allow it as a form of identity while already in, which further narrows it down.

Time’s ticking for our passports, basically.

In order to circumvent the passport issue, I embarked myself on a wild gambit last year; my dad is an Italian citizen, born there and all. Jus sanguinis dictates that we can inherit his nationality, and thus, Italian passports.

All “Italian Daywalker” jokes that I’ve made in the past aside, this wasn’t nor would it be the end all be all solution, but I considered it as a way for us to travel around and explore other legal, permanent options (it would at least let us board a plane right away, that was my reasoning). Because of course, nothing is ever that easy for us, the process has led nowhere after one year, leaving me with precious time and resources wasted to no avail.

For starters, there’s an issue with our last names. When my grandparents, father, and uncles migrated from Italy to Venezuela back in the day, someone messed up their paperwork here and their last name was changed from Caruso to Caruzo.

To properly fix this would mean having to redo every single document on my father’s entire life, including ours. There are alternatives to this, which I pursued, that much progress I was able to make.

The next obstacle, and the most difficult one, is that my father never registered his marriage to my mom in Italy, nor did he registered our births. This means that I need his cooperation and he needs to submit these documents, 30 something years after he should’ve.

As I was working on solving this, other things happened and well—it’s not happening anytime soon, plus the whole process is extremely and painfully slow and long, long, very long process.

So as it stands, I’m stuck on this and at the verge of throwing the towel for now. This means that for all intents and purposes, we only have one nationality: Venezuelan, the only thing I can use “muh Evropean heritage™” right now is to jest about it and nothing else.

Back to square one

I’ve also tried other ways, and have received lots of support from friends across the globe in solving this over the past two years, but I’m always met with a myriad of obstacles, from lack of resources to unavailability of the corresponding consular offices here in Caracas.

I particularly don’t know what else to try or do that’ll let me legally take my brother with me, which is why I’m publicly asking for help or guidance into solving this. I’m not asking, nor it is my intention to break any migration law, I’m not the brightest, prettiest, nor the most studied, I simply just want a shot to prove myself and fulfill a promise.

(also to not get yeeted by the regime here)

Any information, no matter how little you think it might be, please, don’t hesitate to tell me about it, it may just be the last piece that I need to solve the puzzle.

Thanks in advance, and God bless you. 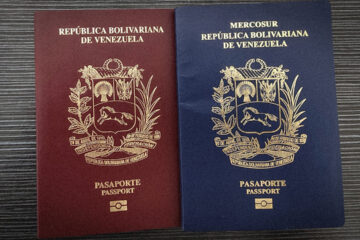 A personal account of the journey to obtain new passport extensions as part of my ongoing efforts towards starting a new life with my brother. 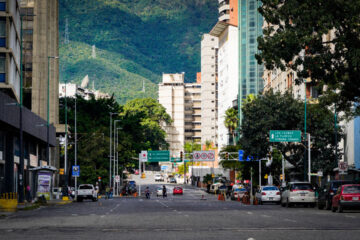