The seventh month of 2019 is upon us, a whole six months after the start of Venezuela’s latest political crisis. Time certainly flies, 2019 is halfway done and it has been quite the exhausting journey so far in this, the battered country of Venezuela.

From Juan Guaido’s interim presidency to the blackouts, hours and hours of political statements and rallies, growing censorship and repression, a waning worldwide spotlight, a botched uprising, even more hyperinflation, the respective international support to each side of the conflict—and so much more.

The country has maintained itself in relative calm unlike those early days of 2019, Which raises the question: Given all that’s happened, has there been any positive and significant change in Venezuela so far after six very long months of political turmoil? Nope.

In spite of the myriad of events that have transpired and all the changes that have occurred in the country over the past 180 days everything remains the same. It is a mellow feeling that we’ve grown accustomed to, a never-ending period of stagnation—courtesy of the ever so ignominious status quo perpetrated by our political ‘leaders.’

I’ve found it rather difficult to write or express what’s happened in this country as of late because nothing new or significantly different has happened when it comes to this political crisis. The game started different this time with that interim presidency—the opposition’s results have regrettably adhered to the same formula that we’ve seen a handful of times in the past:

Things happen, followed by protests, things escalate, the regime does its censorship and narrative spin thing, then things reach a ‘stalemate’; the next logical step is never taken out of fear of breaking the status quo—thus, things are cooled off by politicians’ actions and/or inaction, talks of negotiation that only serve to quell the flames and to give the regime breathing room and time are but another coup de grace for those that desired a much needed radical and bold change.

Sprinkle a few cases of corruption, the usual “he said/they said” spewed from both sides and well—you get a reminder of how disastrous can Venezuela’s politicians be when they set sail for fail.

All of that momentum, all of that international support given to the Venezuelan opposition, and once again, the same people that have failed to procure results over and over couldn’t get their act together—once again, it’s has been squandered so far.

Apathy and indifference reign supreme in the environment and with good reason, a lot was ventured and not much has been gained—even fleeing from the country has been met with increased bureaucracy and hardships. If you think everything’s fine and dandy in this socialist utopia then you either are in a state of complete denial or you’re accomplice to this disaster (or somehow benefiting from it).

The lack of enthusiasm can be largely attributed to the fact that while politicians keep playing their games, the average citizen has to go on with their lives and the day to day complications that come with living in this country. You can’t just wait for this “long term” match to be over, you need to provide sustenance, health, education, and safety to your family, provide well-being in an environment where it’s harder to do so with each passing day.

For some, it’s rather saddening and demoralizing, for others, this botched political scenario and the state the country is at is hardly surprising—it’s expected even. Nothing has moved forward in this country over the past six months; once again, we’re stuck in that perverse political stagnation while everything else continues to crumble around us.

Even worse is the fact that you can’t criticize or demand results from the opposition considering the amount of faith and trust that you may have placed in them, lest you want to suffer the ire of their most die-hard loyalists, which will not think twice before branding you a traitor, G2 agent, and a whole other array of pre-established monikers coupled with their respective phrases.

The same can be said for those loyal to the regime but they’re the authoritarian ones here. We need results more than we need ideology and passion, the country needs solutions now more than ever—in other words, you can’t feed your children with political statements and hashtags.

As usual, it’s worth mentioning that this isn’t just a “Maduro’s regime vs the opposition” struggle, nope—it’s never been that simple. This is and has always been a conflict of interests between East and West, with us (or rather, our geographical location and resources) in the middle. It is also worth reminding the fact that both the United Socialist Party of Venezuela and the sheer majority of the opposition’s parties are all part of the left, as much as others love to claim otherwise.

At one level, you have East and West, still attempting to secure and preserve their interests in Venezuela—they made the choices for us long ago. China, Russia, and Turkey are some of the powers that would rather keep things as is—they see opportunity in our collapse, it is good business for them.

At another, more local level, you have politicians in both sides of the conflict waging a stagnated struggle of interests, they’re more interested in securing and maintaining the (sometimes only perceived) power quotas, this crisis is also good business for many of them.

The powers that be quarrel for their interests, make hefty deals, and keep securing more slices of the Venezuelan cake; meanwhile, your regular Venezuelan citizens are the ones that suffer the worst of it all, unable to cope with hyperinflation, in a country where there’s less and less opportunities each day and a solution is less likely with each passing day, ultimately fleeing if they have the opportunity.

There is peace but for the wrong reasons. We’ve grown accustomed to this cycle of escalation and disappointment, we’ve become acquainted with political apathy and indifference. Both the regime and the opposition will proudly claim that everything is fine and that they’re winning the fight—that we’re on right path even, even if we’re poised to become an ever worse migrant crisis than we are. Each side uses their own lexicon and repeat their respective exhausted slogans and hashtags, without ever producing results that can make one say “wow, things are finally improving here”.

I’m guilty of that political apathy as well, it’s been two thirds of my life so far. I can’t fix this mess (I can barely fix myself as it is), all I can do is focus on ensuring the well-being of my brother and fulfill my dream projects; our escape from this country is now closer than ever, just one more chain bureaucracy to go.

When it comes to Venezuela’s politicians—it’s all so tiresome. 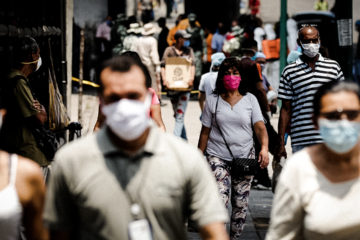 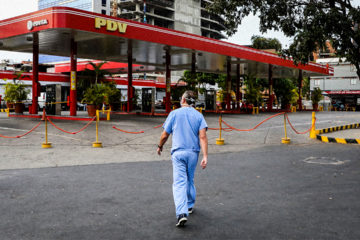 And just like that, in the blink of an eye, we’ve reached the first month of Venezuela’s ‘Social Quarantine’, can’t say its been a blast. Just like with other extraordinary occurrences in our past, such Read more… 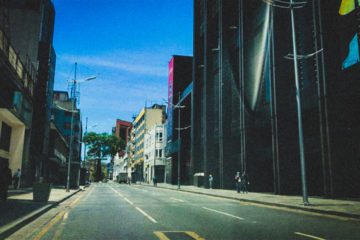 There’s an old saying that goes: “Éramos muchos y parió la Abuela”, which literally translates to “We were many and then grandma gave birth”, in other words “As if we didn’t had enough problems already.” Read more…