New year, new life, same old country. Venezuela tried its best to celebrate Christmas, while it wasn’t filled to the brim in holiday cheer and joy, the ambient sure was more festive than 2018—even if some of the cheerfulness was quasi mandatory and forced by Maduro’s regime.

Regardless, I sincerely hope that everyone managed to get a modicum of respite during December, despite the fact that there’s not many reasons to be cheerful these days. Now that we’ve been through the first two weeks of the year well, let’s just say that the recent events were a slap back into that convoluted reality that has long since become our daily normal.

The clash for Congress

The first, and most notorious incident, involves the unmitigated disaster of a circus known as the Venezuelan Congress. A splinter group of until now relatively obscure opposition ‘figureheads’, some of which have been recently accused of being involved in a corruption scandal alongside the government (conceptualize my lack of amazement at this), did the usual ‘deal with the devil’ theatrics once more, and with the tacit blessing of Maduro’s regime, installed themselves as the Congress’ new directive.

The events of that day were convoluted, to say the least. 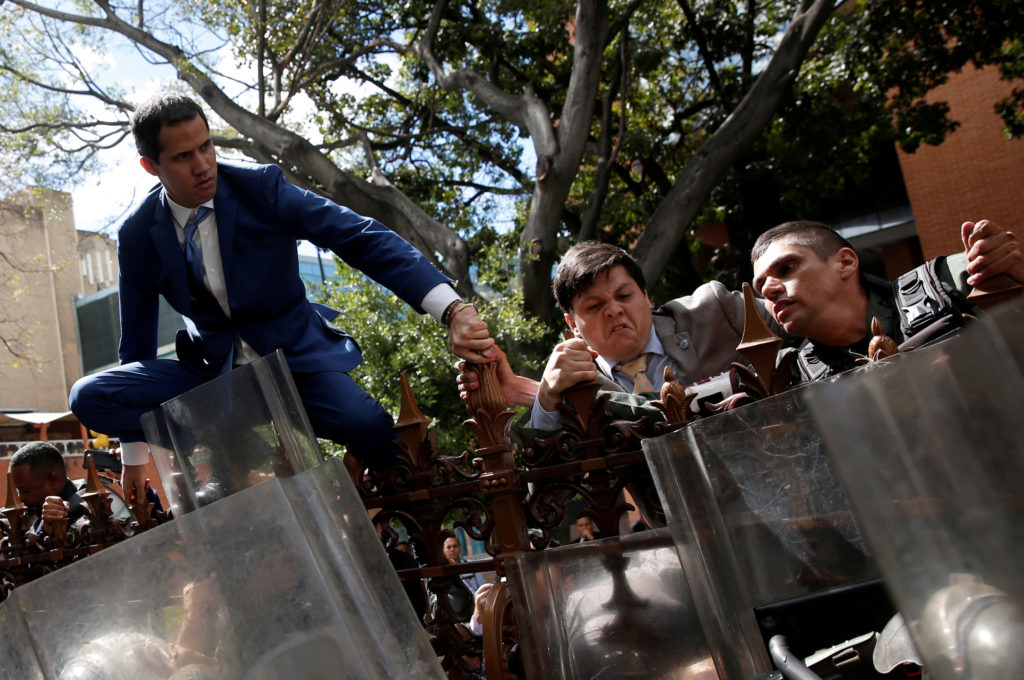 Lust for power? Internal revanchism? Faux pass? The promise of a crumb of power amidst the crumbling political institutions? I don’t know. One thing is for sure, letting themselves be part of the regime’s designs to divide and conquer what’s left of congress (and opposition) for whatever reason, ultimately benefits the regime and no one else.

When you, as part of the ‘opposition’ are suddenly given the attention and coverage of the state’s media, as well as the blessing of the supreme court that’s stacked with regime crones, then I, as a citizen, am free to speculate on what do your actions truly benefit or serve.

As if things weren’t convoluted enough in this country, we now have:

Two Supreme Courts: the Pro-Socialist regime one, and the ‘legitimate’ one in exile.

The ‘correct’ answer, of course, changes on who you ask. As for real solutions to this country’s disastrous collapse on behalf of this country’s politician caste? Zero.

If that wasn’t enough, these ‘opposition’ congressmen now want the aid of the same  pro-Maduro Supreme court that they once described as a ‘brothel’  to hijack the very same opposition parties that they were kicked out of.

According to our constitution, we’re meant to hold legislative elections this year. Had things be normal in this country you could expect them to be held towards the end of the year—but this is socialist Venezuela, you can instead safely bet that Maduro and the Socialist Party, bolstered by the all mighty Constituent Assembly, will push the date forward to their earliest and best of conveniences, wouldn’t be the first time they do this.

For all intents and purposes the regime has absolute control of this country, they just want to go for the 100% completionist achievement and seize control of congress (the current opposition-led congress was neutered long ago by the supreme court and all of their actions rendered null and void).

Once again, and surprising no one at this point, the opposition failed to act as a team and play all of the cards they had at their disposal—now they’re more splintered than before, as they now find themselves wrestling among each other for the mantle of ‘opposition’, so to speak.

Guaido still has the support of America and the European Union (among others), but after one year of zero results he’s lost the support of the people—even though stating this fact can get you crucified by the remaining loyal supporters of Guaido.

Once again there’s no real tangible political solution to this disaster. It’s all so tiresome, really.

Even if by some dumb miracle the opposition somehow wins the majority in congress again, it’d still have to content with a supreme court that can once again castrate them, and a constituent assembly that can supersede them at any time and at moment.

The game was rigged from the start.

Another spin of the wheel

The bolivar is beyond dead at this point, a formality only. The easing and flexibilization of some of the draconian currency control regulations that asphyxiated the country’s economy for seventeen years is what gave the economy some breathing room.

While yes, it is no longer illegal to hold and trade in foreign currency, the ecosystem isn’t exactly operating under normalcy, and we’re still far from having a fully free market. Just because there’s Nutella in some stores doesn’t mean that the country is in a good state—God forbids you get sick or suffer through an emergency, or you best be ready to face the Venezuelan truth that imported low quality snacks will never be able to mask.

The rest of the tale is a rehash of known factors. Not even ten days into the year and the minimum wage was raised yet again, I lost count after the 40th one or so. The increase itself was so meager and so low that it amounted to nothing, minimum wage is still less than $5 per month. The pace of these increases sure slowed down but the damage was done long ago anyways.

In any case, printing bolivars is old and busted, printing more of their scam cryptocurrency and forcing its use is the new hotness. Forcing people to use it in order to pay for passport services is another eff you at the ever growing amount of citizens fleeing the country, as it dramatically increases the cost of a passport and adds even more bureaucracy to an already bloated and corrupt process.

Supplies, and the availability of certain products have always been spotty during the early days of January in Venezuela. Between the vacation period and the increase in consumption during December, coupled with the fact that the country always needs a few days to start its engines (or what’s left of them) again is some of what causes it—and yes, there’s usually a few peeps who wait until the inevitable price hikes takes place before restocking their shelves—withholding some stuff if they have ill intents.

Cue my lack of surprise again when the first days of the year saw large supermarket lines, Simple bread and cheese supermarket runs, which usually only take me a few minutes to carry out, extended into hours—even I arranged my budget and took enough measures to make sure that my brother and I had stocks for the first weeks given how agitated things were. 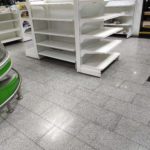 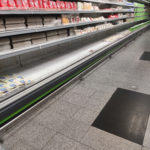 People rushed from one place of the city to another to buy whatever they could find and/or afford before the inevitable January surge in prices—and boy, that surge was real.

Some of the stuff I usually buy became somewhere between 20-50% more expensive, some even doubled in price or more. It’s not a new feeling, it’s part of the cycle that we’ve been carrying out for years now.

The large lines became so severe in my regular supermarket, and supplies were so dwindling, that the infamous “limit x per person” signs began to temporarily resurface. Things have slowly returned to normalcy (the Venezuelan kind) as of late. 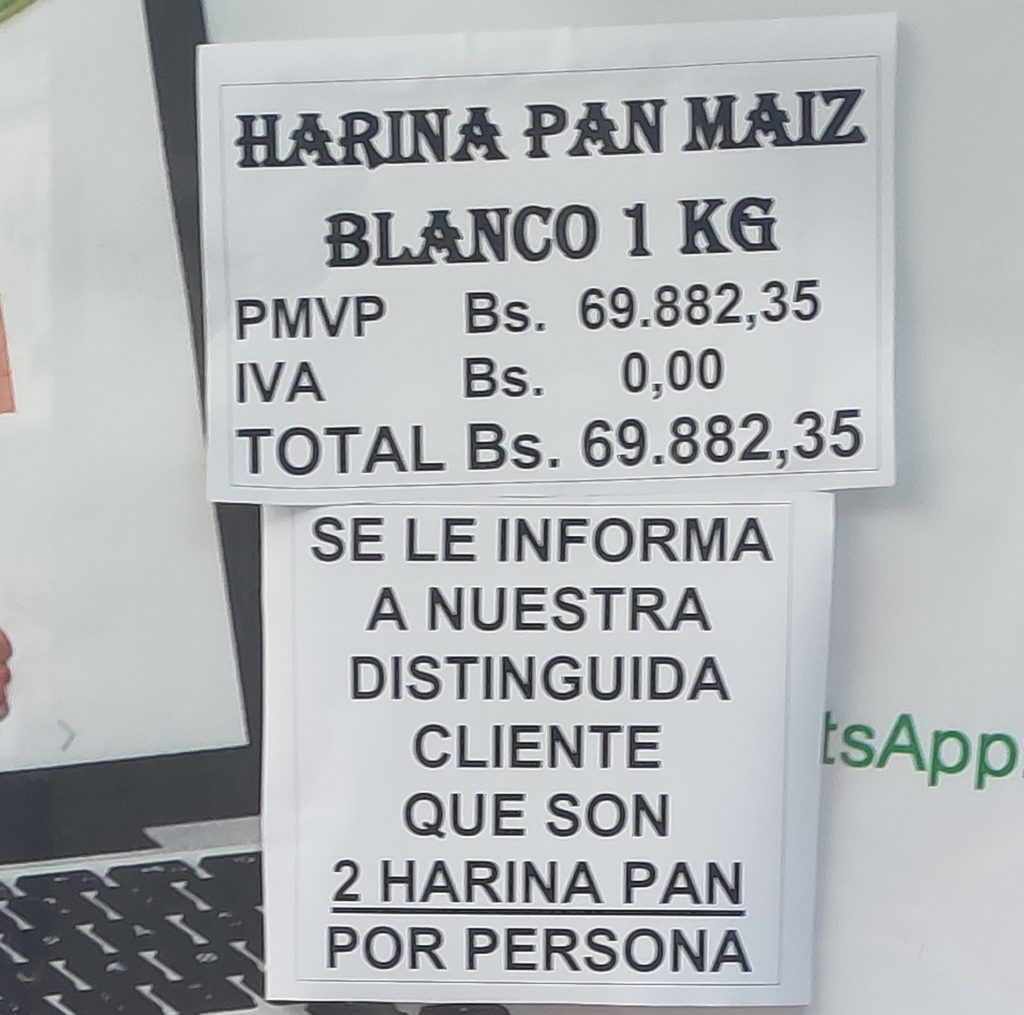 With the dramatically steep increase in prices, and a ravaged economy that’s only being held together by the once demonized US dollar, 2020 poses to be a dire year for the most despondent again, which is why I’m thankful every day that I’m able to put food on the table for my brother.

All the memeable pictures and videos that have been a byproduct of these convoluted events aside, the harsh reality is that the country still clamors for solutions. While all sides of this conflict duke it out, people are still starving, still desperate for health and medicine, for security, stability—for normalcy, and ultimately, happiness.

I can’t speak for everyone else but I’m simply jaded and exhausted of this country’s politicians. This country’s politics continue to be kidnapped by different political groups of varied shades of leftism, stuck in a perpetual lust for power and enticed by nothing but personal gain. Being the eternal ‘opposition’ is good business, being the authoritarian socialist government even more so, working together to keep perpetuating the status quo that benefits them all? A perverse and sickening goal of some higher spheres of power here.

Meanwhile, my goal is ever the same: escape and migrate to another country (within the legal framework) alongside my brother. It pains me to say that what little benefit of the doubt I had on things improving in this country have all but been spent.

I do not aspire to anything else beyond starting a new life and eventually being able to help my people one or another through my own means, still a long road ahead before I’m able to even hope to do such a thing, though.

The struggle for congress is going to dictate much of the political landscape, I’m speculating here, but chances are that the regime will push the elections for May-June, whichever date suits them best. With a rigged system, and a moribund ‘opposition’, well, you know who is more likely to win these totally free and fair elections. 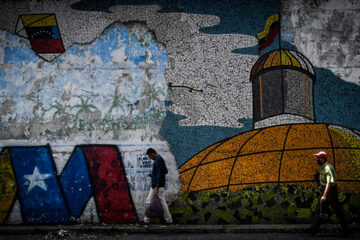 Part X of the ongoing saga of Venezuela's COVID-19 lockdowns, the 'flexible' quarantine of December, and a personal lookback at the past months of quarantine. 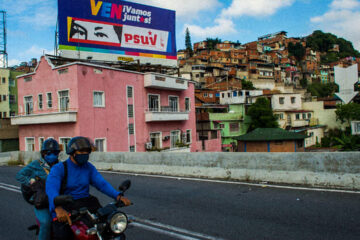 A look at two upcoming events: The totally free and fair 2020 legislative elections, and the opposition's public consultation.