The Glitch of Melancholy

Earlier this year I set one personal albeit idealistic goal for myself: Hope, not as a political campaign or a statement of any kind, but rather as a tacit driving force or beacon to keep going and persevere in finding solutions to the puzzles of my life, in this, ongoing quest of mine to build a new and better life for my brother, as well as finding my place in this world and finding meaning to my life—and then 2020 happened.

But what can I say that hasn’t been already said about 2020? It’s been quite the year, and that’s a loaded understatement. Everything has been thrown off the table, and between the chaos, the lockdowns, the quarantines, and the political turmoil, it’s all been taxing, very taxing.

As I’ve mentioned in the past, both publicly and privately, I’ve never been one to care much about my wellbeing, be it physical or mental, finding meaning and purpose in helping others instead. This year, and it’s chaotic nature, has proven to me just how wrong my self-neglect is, and how bad the consequences of ignoring my wellbeing for years are becoming.

While I’ve tried to improve my health in both regards over the course of this year, I keep stumbling every time I make just a tiny bit of progress. This is mirrored and perhaps exacerbated by my ongoing pursuit of a legal visa for my brother and myself, something that I keep stumbling and finding new obstacles as well—things that I cannot control, such as the lockdowns keeping me stranded here while my passport ticks away ever so steady towards expiration.

This is the tipping point for me, the impending expiration of my passport, lack of a visa, and inability to travel out of the country due to the lockdowns are the major elements of hopelessness that clash with the hope for a better tomorrow. Having paused what little life I do have until I solve the biggest puzzle of my life (and my brother’s) for almost 3 years now with little to show is really demoralizing to me.

As a result, I found myself at a low point of the mental rollercoaster; the apathy, the stress, the anxiety, and the melancholy of the times formed a storm that prevented me from enjoying things that I love to do, partaking in stuff, and even stripped me of all motivation.

A full stop Anhedonia, if you will.

This isn’t a new feeling, but rather a recurring problem of mine, its come and gone, and I, with my major flaw of self-neglect, never paid much attention to it, as it never got much in the way of my work or projects—it’s just that this past cycle was quite impactful and taxing, and that was a wake up call for me. It lasted for a few weeks, during which I wasn’t able to do much beyond my regular responsibilities and Venezuelan-collapse antics.

I can best resume what I’m trying to say with this picture made by my friend, @superioreditman.

The state of the world sure makes one feel hopeless, and I think I let my guard down and let myself get caught in that in some capacity.

Or simply perhaps, the weight of all the mental baggage I’ve been dragging and ignoring since my adolescence has reached a point where it’s starting to become overwhelming—whatever the answer is, it’s something I need to solve, and fast, making sure cycles like this do not become more recurrent.

I’m not wallowing in self-pity here, at least that is not my intention, nor do I am writing this to make excuses of any sort. Yes, things are far from normal in my life, but despite everything, despite the stumbles, the obstacles, the perceived physical weaknesses, self-image issues, imposter syndrome woes, and other personal deficiencies, I am thankful to God for all the blessings I’ve received that outweigh the bad, from the friends, the ability to speak my voice (trust me when I say I wouldn’t be able to open up like this in person because I am that socially inept), and that I am able to provide food and safety for my brother.

Time and time again I’ve been suggested to not be so hard on myself, but I feel like I should. If I’m not strong enough then how can I expect myself to build that better future for my brother that I dream so much of? I can’t be complacent with my own shortcomings, not when my brother’s future depends on me, and that includes my mental woes. I most certainly need to get this sorted and talk to someone as soon as possible, but I have other priorities right now—here I go again with the self-neglect and putting my own woes aside for later, but yeah, I still have much work to be done, no rest for the wicked.

Thankfully, I’ve slowly gotten out of this sudden melancholic glitch through sheer force of will, and by keeping myself busy with my projects and stuff, have managed to establish a positive, albeit fragile, feedback loop of being able to resume working on stuff and taking care of my brother while not thinking much about the impending doom of my passport, and the uncertainty of my future.

I also suspect that forcing myself to sleep over the past weekend really helped me reset my system. The week-long migraine that I went through wasn’t helping either—or perhaps was a physical symptom of the stress..

Now that I seem to have quickly returned to my relative normal its time to resume working on polishing the last 3 chapters of Sword. I learned much from myself over the past days, so I feel like I’m better prepared to wrestle with this beast of melancholy and depression should it assault me again, I prolly won’t beat it outright, but at least reach a stalemate that’s less impactful to my productivity.

One thing is for sure, I can’t give up, and I refuse to do so, even if there’s not much strength in me these days, and even if my future is still uncertain. The best is yet to come, it has to come, but it starts with one not straying from the path towards one’s dreams.

Thanks for listening, now it’s time to get back to my regularly scheduled self.

See you on the next one. 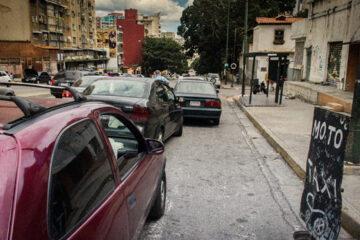 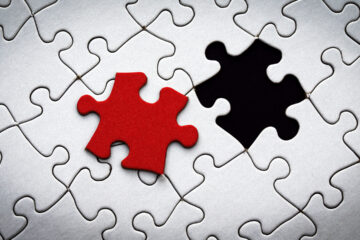 The odd one out

It’s a Kaleb tries to talk about himself in hopes of opening up to the world” episode. 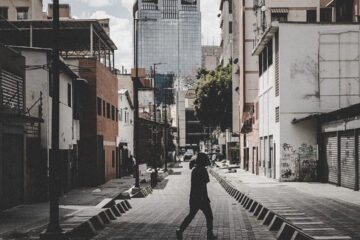 Part VIII of the ongoing saga of Venezuela's COVID-19 lockdowns, as well as a few personal words on the impending expiration of my passport.