Lockdown VII: To the edge

And so begins the seventh month of quarantine in Venezuela, half a year wasted in this newfound reality of ours, and who knows how many more to go. Time waits for no one is a phrase that has often devoured me from within over these past days.

The seventh spin of a wheel that shows no signs of stopping, a continued reality of masks, an even worse gasoline shortage that has us running on fumes, living through weeks of ‘radical’ and ‘flexible’ quarantine, and having to suck it all up and adapt—or give up.

We’re now at over 61,500 confirmed cases and 494 deaths. Again, those numbers are taken from the regime’s official statistics, so take them as you will, as contesting them within these borders does convey a high risk. 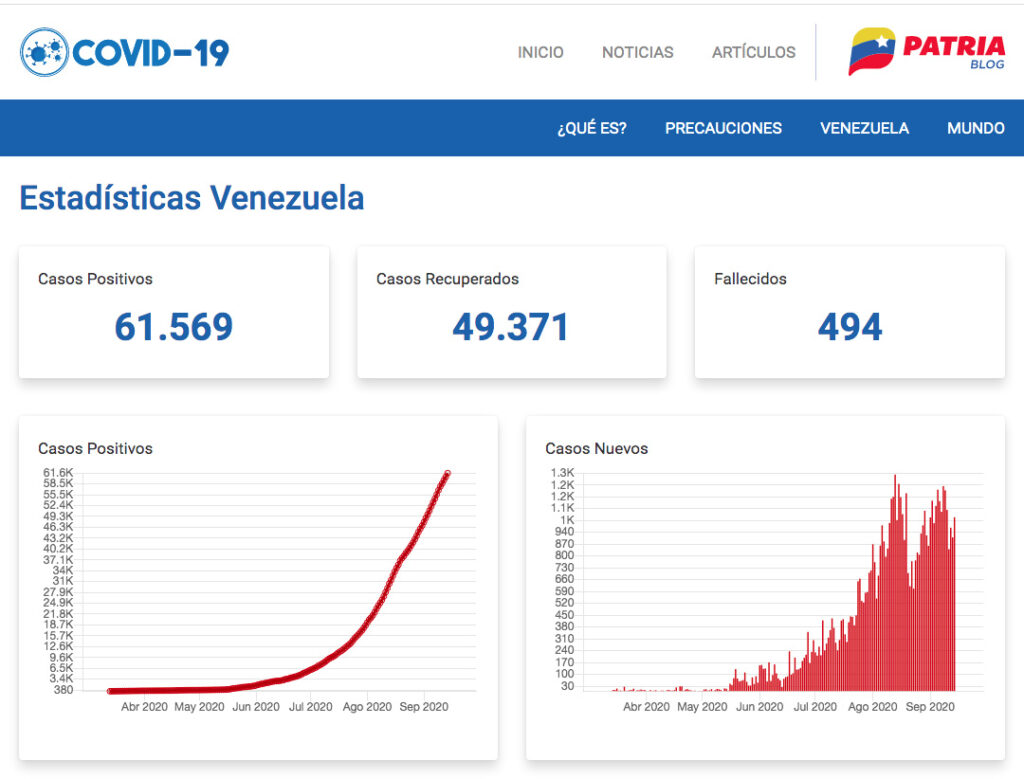 The ongoing tale of the collapse of Venezuela continues, the country is stagnated in all aspects: political, economic, and societal. Everything continues to fall apart, in short, it’s business as usual.

Entropy is the name of the game, you can try to outrun it, you can try to mask it, but sooner or later, it’ll get to you. It’s safe to say that we simply collectively resigned and have embraced this new life of ours as our new normal—if the past years have taught us anything is that we are unfortunately very good at adapting at worsening life conditions so long as we still have X or Y in our lives, but when X is gone Y becomes X, and Z becomes Y.

Foreign currency is what’s holding the remains of this country, just as before. You can raise a bubble made of greenbacks to shield yourself from it all and brute force all of the country’s shortcomings, but even the inflation that we’ve become so desensitized to has begun to chip that bubble away.

As citizens continue to carry on with their lives in this, quarantined reality, so does crime. A few hours prior from finishing this post, a woman that lives in a nearby building was assaulted outside a nearby bakery as she walked back to her house. Her assailants forced her to board their vehicle, drove to her house, and stripped her of any valuable possessions inside, dropping her at a nearby clinic.

People have begun taking the COVID-19 prevention measures a little too far around this community, going as far as to snitch on people who are simply setting their accustomed fruit stands overnight to have everything ready for the morning. Their crime? Not ‘properly following the guidelines.’ Guidelines and masks don’t matter when the priority is to have money to feed your family, that’s how it works.

But worry not, bread might be expensive but we’re getting a new circus with the upcoming legislative elections that are rigged from the get-go. A rehashed charade that we’re very used to. Failed opposition politicians such as Henrique Capriles Radonsky are trying to take the opposition’s spotlight—once again partaking in deals with the devil so long as they get to have a slice of the cake, even if the cake itself is burnt and tastes like ash.

The stagnation of the country doesn’t mean that we haven’t been without tragedies, from oil spills to an overflowed river that damaged and destroyed houses. Protests in my birthplace, Zulia, have erupted after citizens have had enough of living through the inhumane conditions and the indolence of the authorities, no one should ever have to go through ~12 hour blackouts.

Gasoline shortages are worse than ever, and corruption over the distribution of what few is left reigns supreme. Like toilet paper in years past, word spreads fast when a gas station has some fuel to distribute, which gives forts to endless lines where only the early birds get the worm—20 litres of gas.

If the long gasoline lines in Caracas seem absurd enough then you can imagine how bad they are outside the capital.

On a personal level, I couldn’t care less for the upcoming elections, they’re rigged and no amount of collaboration from sectors of the Venezuelan opposition will change that. Even the number of congressmen that will form part of this new National Assembly has been dramatically increased, citing population growth that goes against the fact that over 5 million of our 30 million citizens no longer live in these borders.

Problems with my house’s infrastructure and collapsing services is what has dictated the pace of my life during the previous month of quarantine. The past weeks have been a personal marathon of juggling through unrelated events, family drama, and problems that serve to remind me that this is Venezuela, and that things will simply worsen with time.

A clogged drain that connects to the roof of my laundry room right before a few days of storm struck the country had me awake all night collecting overflowed water, putting it on buckets, and emptying said buckets on a toilet over and over again—lest I’d let the flood reach the kitchen and then the rest of the apartment.

As it is connected to the washing machine I had to make a choice: do laundry before water got cut and have clean clothes at the expense of another water-collecting/flood preventing session, or do nothing. A simple 15-min laundry would extend for an hour or two of post-cleaning. Every storm had me repeating the routine until the rain stopped.

Thankfully, I got it fixed after a few days of trying to find a plumber that could reach this area, given the ongoing gasoline shortages and lockdown measures. A short lived respite as I had to face another problem mere hours later, where another storm damaged the internet cabling on this area, giving forth to a week with serious connectivity issues. The regime’s ISP removed the damaged cable on the 7th of September, and gave us no ETA for a replacement, leaving the whole area and over ten buildings without telephone and internet access.

I’ve been relying on barely functional Movistar mobile data ever since, it’s absurdly slow for most of the day, so I have to either wake up very early and be as productive as possible within that limited time window, or suck it up during the rest of the day. The reason this Lockdown entry is a bit different than the previous six (it’s more personal than informative) has to do with my limited access to the internet over the past two weeks. To say that it makes for a stressful situation would be an understatement, as I do rely on having a stable connectivity for all my work, leisure, and to well, have people to talk to, as it’s no secret that I’m a social outcast, this situation does make one feel more isolated.

The lack of proper internet access beyond mobile data has done a number on my brother’s tranquility as well, given his mental condition, he feels unease and bored, almost lethargic because he doesn’t get his usual stimuli and entertainment. I’ve tried my best to cheer him up but there’s only so much I can do when I was already mentally burdened enough as I was.

One thing I did notice is how anxious and fearful this whole six months of quarantine have made him. When DirecTV’s service returned I realized that at some point during its absence, one of the antenna’s cables had been damaged. He was extremely scared when I climbed to the roof to investigate and look for a fix. Thankfully it all went smooth, and he was once again able to sleep with the TV on, something that helps him be at ease during the night.

These problems are but little things in the grand scheme of Venezuela’s collapse, things that do not even begin to compare to the hardships many are facing in this country and beyond, but they do a number on your mind, and more stress is not something anyone wants, not when my future is still uncertain and my passport is a ticking time bomb.

Flickering power issues, the eternal water woes, and now, lack of proper internet access with no ETA have once again slowed me to a crawl just when I was getting my rhythm back—nonetheless I am still aiming to finish Sword of the Nation’s second preview by the end of September.

There is a faint hope that airports will reopen soon, but I am now weeks away from entering the last 6 months of my passport’s expiration date, which means that it will be only accepted in a handful of countries. While these few countries will give my passport a generous grace period for visa application and travel purposes, many private companies within said countries aren’t complying with those rulings, but that’s a headache for another time.

I still cling to hope, and I can’t let loose of hit, lest I fall apart, but when my passport expires in April well . . . it won’t be able to use it to flee, and that’s yet another obstacle, all I can do is hope for a miracle to occur before that dreaded date. You have no idea how much stress that impending time bomb is causing me.

Relying on mobile data that’s absurdly slow during the day, and only works decently during a very limited time isn’t a viable long term solution, so I’ve begun to look for private (albeit expensive) alternatives should my ISP leave us disconnected. I can’t say this current sleep schedule of mine that got bad during the clogged drain/flood days and is now worse is healthy at all, it’s doing a number on me, but it is what it is.

I’ve been trying to push people to organize and look for a solution to this, but everyone’s too passive or accustomed to collapsing things that they’d rather do nothing and wait for a govt solution that may never come, so we should probably skip ahead to the part where we solve this the Venezuelan way: paying someone behind the table to reconnect us and split the bill across all 10+ affected buildings, getting people around here to work together is easier said than done, that much I’ve learned over the past week and a half. The local comunal council places ideology over everything else, so you can imagine how that goes…

But in spite of all these pseudo 1st world problems in a collapsing 3rd world country, one thing is certain, we’re safe and sound amidst this growing entropic reality of ours, we got food and a roof, for which I thank God every day.

Clinging to hope, and keep carving this path of mine towards a better future, that’s all I can do. I’ve never been strong, but I can be resilient.

Until the next one, I hope I’ll have proper internet connectivity back by then. 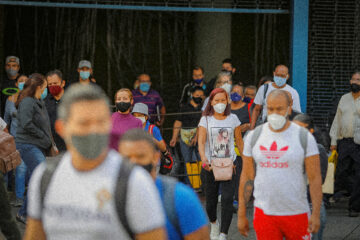 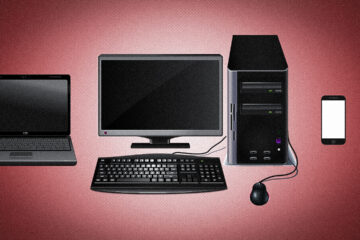