The third month of the COVID-19 lockdown has just ended in Venezuela, but the quarantine continues. It has been extended for an additional thirty days on June 11th, 2020, much to my dismay.

If you go by the regime’s statistics, the amount of cases spiked during the past weeks, but continue to be at the relatively low amount of ~2145, the sheer majority of the cases have been people that returned to the country—for which they’ve been publicly chastised by Maduro himself (how dare they leave the country, am I right?).

That’s the official tally, and publicly contesting it can get you arrested for ‘hate speech’. So far, twenty six people have been arrested for simply posting messages on social media or WhatsApp that dare question said numbers. I will abstain from saying something about these numbers because I’m not in the mood to become the twenty seventh person—freedom of speech, cherish it if you have it, and be ready to defend it if they try to take it from you, no matter who, no matter how.

That third period of quarantine that just ended, which ranged from May 13th to June 12, was by far, the most brutal and taxing for me. The water shortages became very drastic during those days, and the country faced a barrage of unrelated circumstances that when grouped together, reminded us of the ongoing collapse of this country in a most brutal manner. Add those events to my own personal tribulations and obstacles that continue to impede my progress on very crucial things and, suffice to say, it made up for a very stressful month that really took a toll on me.

Those situations, both personal and the country’s, taxed my mind and body to its limits, to the point that it hindered me when it came to working on my projects, and even my own creativity was impeded by the sheer amount of stress. Things are back to relative stability but that stress still comes and goes.

While the quarantine continues, the country is now under a new “7 x 7” flexibilization scheme: We’ll now go through cycles comprised of seven days of a rigid quarantine, followed by seven days with less restrictions, giving certain commercial establishments, banks, and other sectors of what’s left of the country’s economy a small window to open their doors as long as they adhere to certain restrictions.

I suppose that in spite of the state of things, everything is returning to a relative normalcy at its own pace—even crime has once again returned to this area, nature is healing indeed. The afternoons continue to be calm and quiet, aside from certain atypical sources of noise, such as a man blasting his voice through a megaphone in the distance, exhorting us to stay at home unless it’s absolutely necessary, and reminding us that wearing a mask when going outside is mandatory.

Without a doubt, COVID-19 is no longer the main priority for Venezuelan citizens, even though it is the main reasoning behind the ongoing quarantine. The gasoline shortages are by far, the new insurmountable obstacle in our lives, coupled with the usual suspects: Hyperinflation, food shortages, et al.

The arrival of the much talked about Iranian shipment of fuel was met with the Regime’s usual fanfare. The Iranian flag was hoisted in several places as part of the celebrations, and social media campaigns were launched. All that circus hasn’t distracted anyone from the fact that gasoline prices have been increased dramatically, and that there’s now a dual system, one where a monthly quota of subsidized gasoline is distributed through the regime’s Fatherland card system (checked through a biometric system that’s being implemented), and a ‘free’ one where fuel is sold at $0.5 per litre—which they would prefer if you paid with foreign currency. 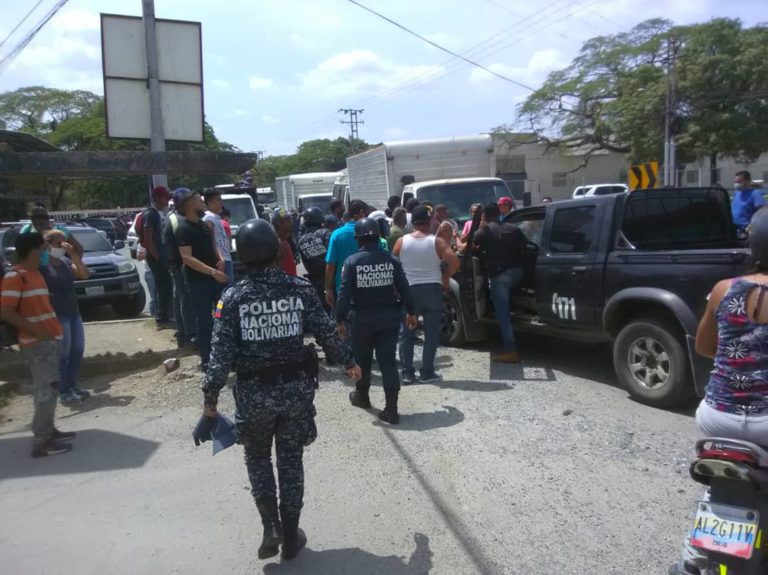 Additionally, vehicles are only allowed to refuel on specific days that are determined by the last number of your license plate. The lines have been extremely absurd, with people needing to spend over twenty four hours in line just to be able to get a small amount of fuel. My father drove to a fuel station on Sunday evening and waited there all night just to be able to refuel around noon on the next Monday.

Caracas’ eternal prerogative as the capital and the socialist revolution’s seat of power means that the lines are no longer as drastic as they continue to be in other areas of the country. Of course, you can always find fuel without waiting in line through the (National Guard sponsored) black market—for a price.

The only reason I’ve managed to avoid this nightmare is because my mother’s vehicle was undergoing repairs before the lockdown started. One could even make the case that the quarantine will continue as a means to limit people’s mobility (including inter-state travels) to palliate and mask the severe gasoline shortages. 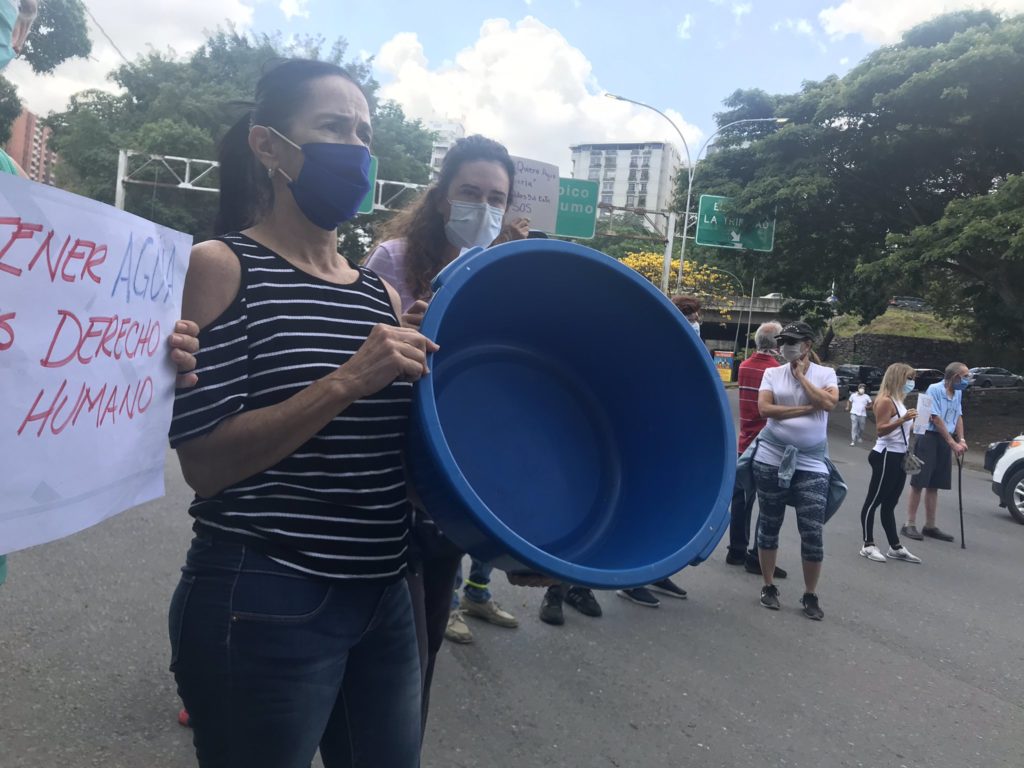 When it comes to water—my eternal headache—things got pretty dire last month, but they’ve since returned to normal, and by normal I mean back to our regular ration schedule, the same one that’s been going for over five years now.

Just because this area has it’s ‘normal’ rationing schedule back doesn’t mean the rest of the country is faring better when it comes to water. The shortages continue to be extremely drastic, to the point that there’s been a few justified protests about it.

The dramatic water situation in Venezuela (especially outside of Caracas) is beyond inhumane at this point. As I’ve mentioned in the past, the regime expects you to wash your hands regularly to fight of COVID-19, to which I have to ask: With what water?

Lastly, and if things weren’t bad enough, AT&T’s decision to shutdown DirecTV Venezuela’s operations was something nobody was really prepared for. It’s almost been a month since every customer the service ended and their employees were laid off.

I can’t say AT&T is going to miss Venezuela’s because they’ve been operating at a heavy loss and with the regime constantly breathing on their neck. I recently wrote an article for Breitbart on this subject if you’d like to know just how bad it was for them.

Ever since they closed their doors and disconnected all of the subscribers from their service I haven’t had any reason to turn my TV on outside of using my personal media server. On the bright side, not having access to TV has helped me disconnect and detach myself a little from the ongoing Venezuelan tragedy, which in turns lets me focus more on working towards the good future for my brother that I promised my mother he would have—although, having to use my limited bandwidth to stream a few channels here and there kinda sucks, but there are bigger fish to fry in my life right now to go fretting about not having cable TV right now.

Another month of quarantine means another month where our lives move at a slower and limited pace.

There is so much stuff that I have pending that I haven’t been able to do over the past few months, a growing list of tasks that continues to grow larger and larger—the wasted time just kills me from within. It took three months for me to feel the full mental toll of this quarantine and thankfully, other than insomnia hitting me hard again once again, it’s gotten better for me stress-wise.

In order to be able to better wrestle and juggle with everything, I’ve been trying to get a better grasp of time management during these convoluted ways, looking for ways to optimize my routine so that I can be more productive throughout the week without neglecting my personal responsibilities, such as taking care of my brother. I’m glad that after a very stressful May, June has been more manageable for me and I’ve been able to get back on track with things, continuing my efforts towards a visa that will soon be the catalyst for a new life for both my brother and myself.

There are some personal commitments of no significant importance that I’m aiming to cross off the list over the next few days, which will hopefully give me even more flexibility with my time, allowing me to focus more on creating, and less on that which taxes my mind.

I foolishly clinged to the possibility of airlines being allowed to resume commercial flight operations in the country under this arrangement, even if it was under a limited schedule. While it’s not like I’ll be able to escape as soon as airports reopen their doors to the public, it’s a very crucial first step that needs to happen—despite the fact that I’m still a few steps away from a visa.

My passport is a ticking time bomb that will expire in April of next year and come October, my travel options will be severely reduced to less than a handful. It’s a ticking time bomb and a race against time that unfortunately escapes my hands. I simply hope that this quarantine doesn’t become a permanent tool to keep an iron grip in the country, or my eventual escape will become much, much harder.

But enough of me, I hope that you all continue to be safe out there in spite of all that’s happening outside of these borders. We sure are living through a most chaotic year.

We’re all gonna make it, until next time!

The death of Venezuelan comedy

A few personal words on the death of Venezuelan comedy and humor after two decades of Bolivarian & Socialist Revolution.

That which I’m fighting for