Welcome to part three of my ongoing Final Fantasy XIV adventures as a WoW Refugee™. In this one, I’ll ramble and give my own thoughts on my first foray in FFXIV’s Savage Raiding.

With FFXIV receiving such a large influx of players with the release of their latest expansion, Shadowbringers, the first tier of raid fights, called Eden’s Gate was also the entry raiding point for many of these new players—myself included. As such, I will be examining those four fights as an entry level raiding tier, isolated from the ones in A Realm Reborn, Heavensward, and Stormblood.

I joined some of my former WoW guildmates and their friends, put on my tryhard pants, went back to my MMO origins, and buckled up as a Gunbreaker tank. We went through these encounters at a rather flexible schedule bent around the group’s circumstances, it sure took us a while but after a couple of short sessions spread across a few weeks we managed to clear the tier.

Now that we’re effectively “done” with these bosses in terms of gearing, we decided to take a break, perfect time to gather my thoughts about it. The Eden raid series has a few callbacks to Final Fantasy VIII—as one of the few FFVIII fans in the world, I find this very nostalgic and enjoyable.

The 8-man raiding formula remains relatively unchanged from Heavensward, but not without its share of refinements in key aspects, specially in the gearing side of things, which makes up for a healthy dose of raiding that contains a very predictable and schedulable gear treadmill—perfect for those with time constrains and for those that don’t want to spend an eternity chasing for that perfect item lottery.

Before we begin, I’ll reiterate that I tackled these fights as a tank, so most of what I’ll say here will come from a tanking PoV.

What this post isn’t: A comprehensive guide on how to beat these bosses. If that is what you seek then there are plenty of guides that cover these in a clear and concise manner, I highly recommend MTQcapture’s YouTube channel.

There’s a few certain things that you should have in mind, esp. if you hail from WoW like me:

1) There are no “phase pushes”. While you will certainly want the boss to be at certain HP percentage thresholds at certain points in the fight, these bosses will not switch phases or change their abilities based on their health percentage.

2) All bosses are, in essence, a choreography: There is a timeline set in stone and they will do their abilities at fixed points during the fight, like clockwork. Your entire goal is to dance around these mechanics, resolve them properly, and deal the maximum amount of damage before your time’s up and their enrage ability wipes you.

4) Openers are serious business and messing up your cooldown windows can heavily adverse your final damage in the end.

5) Tank swaps are carried out less often than in a WoW fight, but they must be executed flawlessly or one (or both) tanks will die, horribly. Tank immunity cooldowns can be saved up for these around ~75% of the time, reducing the chance for human error.

6) Everyone has to DPS, no exceptions, dps requirements can be very tight.

8) Dying isn’t the end of the world, but too many deaths will make your raid’s dps plummet to the point that it’s best to start over.

9) Even if you have absolutely the worst possible luck with rolls, you will eventually get what you want. Being “done” with a raid’s gear farming is healthy and better for the game in the long run.

I am going to reiterate the fact that I am one of the select few persons in this world blessed with the gift of being a Final Fantasy VIII Fan. So if you tell me that the raid’s overall theme is Eden, the first boss will feature a rearrangement of Force your Way, and that I will be wielding a Gunblade while fighting it then of course my response will be HELL YEAH!! 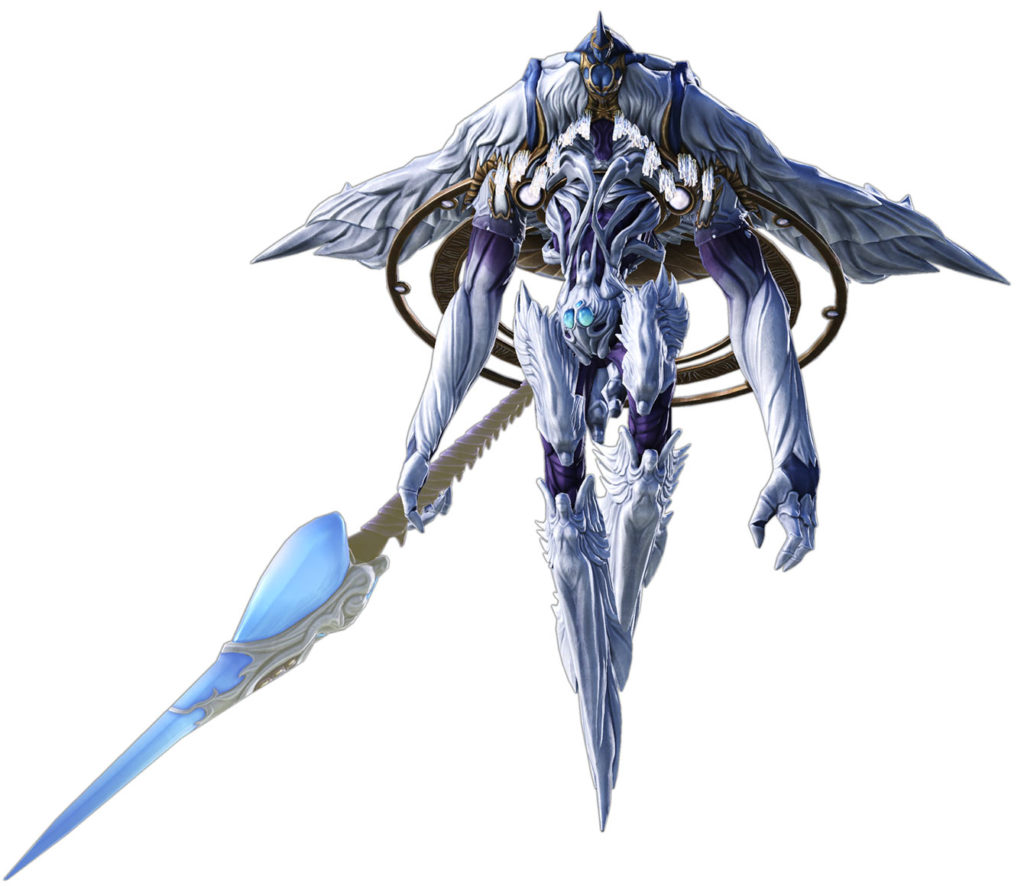 In past expansions, the “Prime” boss that shares the raid’s namesake has been reserved for the final encounter of the raid series (Bahamut Prime, Alexander Prime, Final Omega). This time, they shook things a little and Broke New Ground™ by making Eden Prime the first boss.

This is the expansion’s entry raid boss, and as such, its not as difficult and complex as others. It’s designed to teach you everything that from that point onward can be expected in a savage boss. If you’ve tackled Shadowbringers’ first two Extreme Trials (Titania and Innocence) then this will be a natural step up in the challenge ladder, what you learned there you will apply here.

Be sure to familiarize yourself with cardinal and intercardinal, positioning in patterns, stacking with your designated partner, and knowing how to deal with big raidwide damage bursts.

Going through the recreation of FFVIII Eden’s Eternal Breath intermission is awesome at first, it does get tiresome after the 4th kill or so; nonetheless, it serves its purpose as an interlude that gets your cooldowns back and resynced in case of any discrepancy.

Very fun and relaxing fight, although the callback to FFVIII makes me biased towards it. The following video is an accurate recreation of my experience tanking this boss:

The whole fight is an exercise in positioning and dodging. In my personal opinion, it’s the most lackluster of the four—not a particularly difficult one, but it can be considered to be a dps check boss. 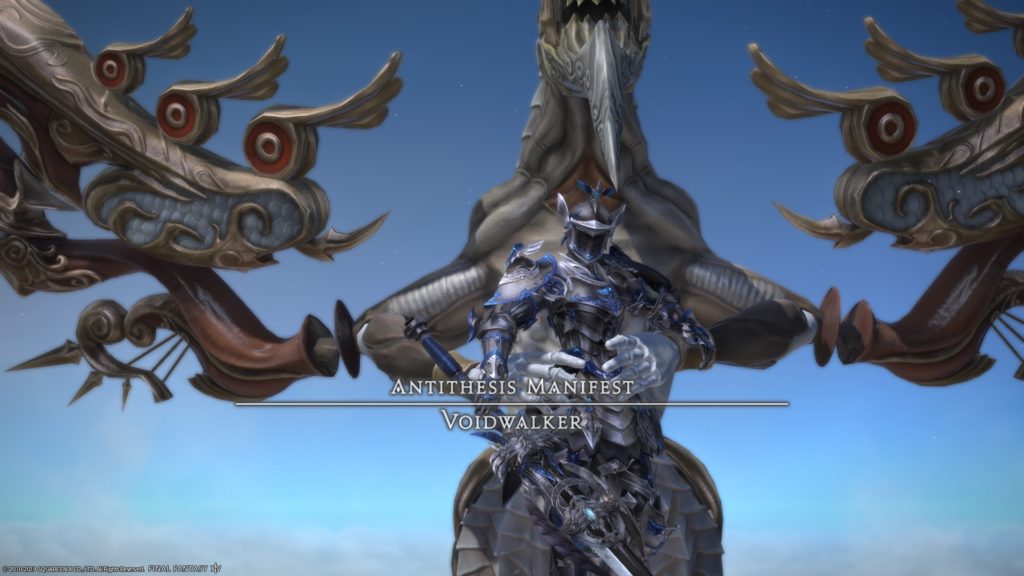 Unlike the previous encounter, in which the boss snaps itself to the center or corners depending on the encounter’s timeline, your tanks will have to actually pay attention to positioning here, to minimize downtime. Not many element of surprises here, Voidwalker’s gimmick of delaying attacks done to you has zero element of surprise once you familiarize yourself with it.

Towards the end of the encounter you’ll be barraged with cycles, they sure feel intimidating at first, but like the rest of the fight, are easily predictable. As you gear up you will be able to defeat the boss before it has a chance to cast these.

Failing to dodge the floating imps will severely reduce your damage, failing to catch your puddle increases the group’s damage—the lesson this boss teaches you is to respect its mechanics lest you want to be a detriment to your group’s success.

I hope you went to the bathroom before this one, because you’re in for a splash.

This is the first fight where my less than stellar internet connection clashed with FFXIV’s not too sharp netcode—not a good combination to have on your plate. Whereas the first two encounters had you resolve mechanics in a more individual manner.

Here you’ll find yourself chain resolving more complex ones that involve splitting your team in two and doing a more elaborate dance. 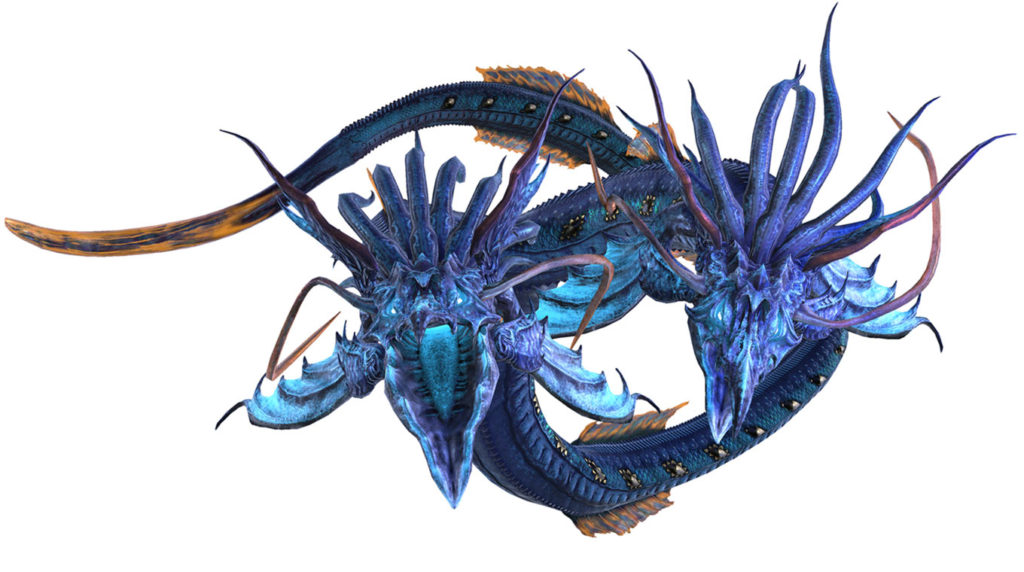 Tsunami 2 and Black Smokers are very tight mechanics that allow for no mistakes, one misstep and you’re back to the beginning of the fight after almost ten minutes in.

Nonetheless, it’s a very chill encounter, no positional to worry about as a melee and a kickass remix too boot. LEVIATHAN LEVIATHAN ENDLESS!

I have a love-hate relationship with this boss, it’s a very entertaining one to tackle with your friends, but also one where so many things can go wrong, which can get very frustrating.

Also, be careful who you call ugly in high school.

Titan Savage is a very intimating encounter at first. I sure had some bruh moments when I figured things out.

At times you’re supposed to move with your group, but due to my internet connection I had to come up with my own pace so I could dodge certain mechanics.

It’s often said that the first third of this fight is the hardest, and it certainly seems to be the case, once you pass the wall of the first phase the rest is less hectic but just as unforgiving. Uplift demands some quick thinking and movement on your part, everything else is just survival while dealing damage to big boi Titan Maximus.

You’ll see some rng encounters here, nothing too extreme but it might screw you up at certain times.

Defeating him drops the most lasting piece of loot in the entire raid: The BoomerMobile. It’s hella ugly, obnoxiously large, but how else are you gonna show people how much of a tryhard you are outside of Ultimate? 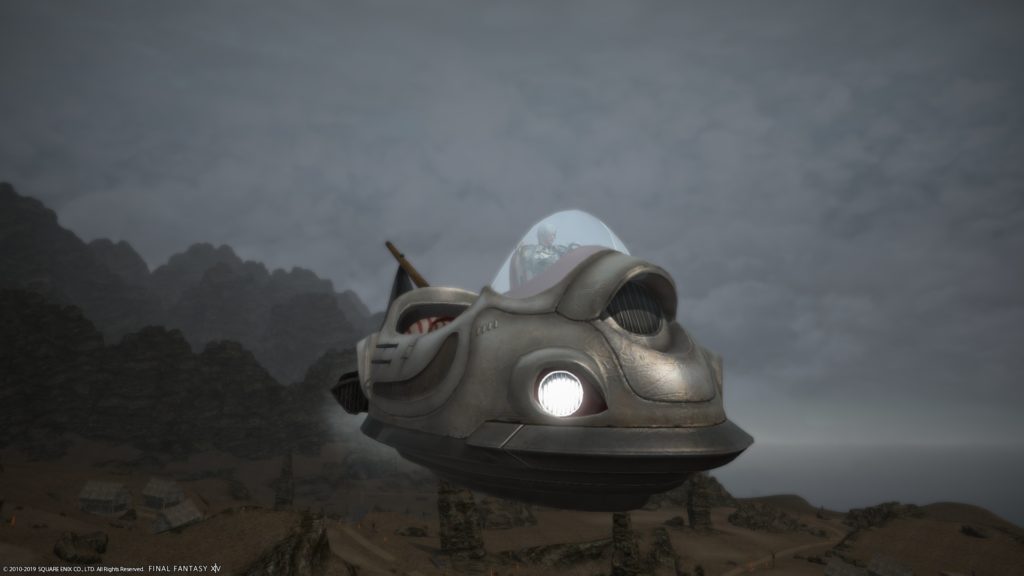 At least it’ll last you more than the gear you’ve obtained through these fights, which you will replace in patch 5.2 for sure.

For my first time tackling Final Fantasy XIV’s endgame raiding, Eden’s Gate was an enjoyable experience, better than what I expected.

It’s not as time consuming as one might initially think. Once you get more acclimated to your group and to the encounter things become very manageable, to the point that you can clear these in about two hours with ease. The only requirement is to have a bunch of friends to do these, a few hours per week, and enough determination.

These encounters are all designed with team effort in mind, everyone must pull up their weight, sure, everyone has a different responsibility depending on their role but the burden is equally shared.

I do hope that the upcoming encounters spice things up in terms of mechanics without going too gimmicky. There’s only so many combinations of stack/spread/split/soak you can do before it gets a bit stale.

In terms of gearing and rotations, things fall a bit short, not because of the encounters themselves, but because of the way FFXIV has been structured. Gear is completely static, upgrades barely have an effect on your gameplay rotation—it’s all just flat numeric upgrades that do not add any additional effect to your character and outside of the upcoming Alexander Ultimate fight there’s not much to do with the gear you’ve obtained, which can get stale pretty quickly.

It’s more about beating the challenges and having fun™ with your pals than the loot itself, to be honest. 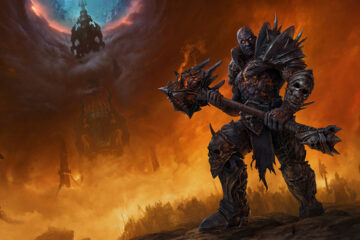 My review of World of Warcraft’s eighth expansion: Shadowlands. tl;dr: don't even bother with this absolute disaster lmao 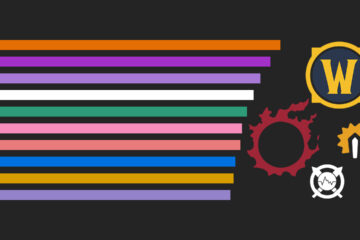 The devolution of the MMO genre

My personal opinion regarding some of the current problems that the MMORPG genre faces, a genre I'm most fascinated about 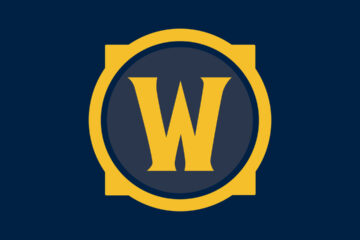 A tale of WoW gold farming