Hello and welcome Sword of the Nation’s fifth lore preview.

This time, I would like to share with you a few tidbits of information about a term—or rather, a concept that you will see mentioned through this upcoming novel series: The Absolute Doctrine.

Without further ado, here’s a brief first look at the Absolute Doctrine.

Broken is the book of the Nasivern tale. Many of its pages have been torn apart by war and strife, bloodied by sin—and others have been long forgotten by time.

In spite of that, there has been a constant element present in many of the original Nasivern tales, which were passed down from generation to generation. A code that, if you were to chart its timeline, would predate humanity itself.

It has been referred to as the Path of Conquest, the Way of Life, the Soul of the Warrior, the Road to Absolution, and many other names through time—a discrepancy that can be attributed to the way that the Nasivern language morphed as its people and culture evolved through the centuries, as well as the perspective of the scribes of yore. Its exact original name is thus lost in the annals of time.

As time went on, the language of the Nasivern societies of old became more unified, it was then when a single name for this code appeared to have become the consensus achieved during the early days of the Nasivern Age of Wonder: The Absolute Doctrine.

At a first glance, the Absolute Doctrine is the culmination of centuries of combat techniques coalesced into one. The Doctrine is the harmonization of opposites—a conciliation of all of the warring elements within a warrior’s life and soul. It is a path to victory, everlasting and absolute; its core concept relies on exerting and manipulating the flow of battle to the warrior’s exact needs.

Swords, axes, spears, fists, blades, the Doctrine encompasses the most complete form of intertwined melee combat teachings ever recorded in history. It also teaches how to seize your opponent’s emotions, desires, needs, and fears, so that one can turn them into a weapon against your opponents. While it falls short when it comes to firearms, several of its concepts can be applied to a certain degree.

The Absolute Doctrine is one of the most ancient and important Nasivern conceptions, one that was nearly lost through the gruesome wars that decimated most of its population, and it was further obfuscated by the technological achievements accomplished during times of peace.

In battle, its practitioners become the sole composer and conductor of a symphony of life and death. Each step, each strike of their weapon, must flow in perfect harmony with one another. The warrior’s body and weapon become one, and together with their spirit and soul, achieve an unshakable balance, so that they can make their enemies dance to their own tune, and thus, seize the victory they seek for themselves, painting the portrait of their triumph with the blood of the vanquished.

The Absolute Doctrine isn’t just theatricality and coalescing combat techniques, there is another spiritual aspect of it that goes beyond the field of battle—a way to perceive and shape life itself. It is inexorably linked to the Nasivern’s religious worship of their mother deity, the Goddess Sollente.

Its tenets establish the fact that no two warriors are similar to one another, that each one has their own truth to seek and uphold, no matter how righteous or wicked their cause might seem to others, as long as it’s genuine and comes from within.

Each practitioner of the Doctrine must be aware of the fact that they all have things and people worth protecting and loving—and that as such, there will always be something that will seek to destroy that which they cherish so dearly.

To draw passion from that which they love in order to protect it; to draw the strength to destroy that which opposes it—to reach a harmony within the war that rages within, so that the warrior can achieve the victory required to create their own reality through battle—that is the Absolute Doctrine.

One of the most prolific recorded practitioners of the Absolute Doctrine was the Nasivern warrior known as Isthara, a brave hero who rose up in arms against the Arghest Empire during the Nasivern Age of Devastation. Daybreak, the heroic group she founded and led, were also practitioners of the Doctrine. Following the fall of the Empire, and the peaceful rebirth of the Nasivern during their aptly named Age of Rebirth, she followed tradition and imparted the knowledge to her son.

After the fall of Nineveh, it was inferred that what few practitioners remained fell in battle during the tragic final days of the Nasivern home world. The Absolute Doctrine was considered to be a lost art, even among the few surviving Nasivern, but the appearance of a young crimson warrior might just be the spark that reignites the flames of the Doctrine.

What reality will he carve through the legacy of the warriors that came before him? That question remains to be answered. 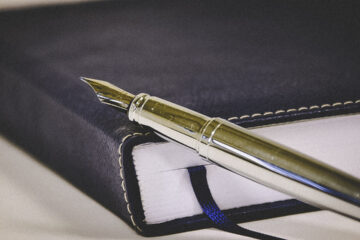